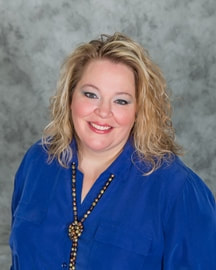 ​Tsianina Beardsley, M.Ed. holds a Bachelor’s of Science in Education, with a Major in Elementary Education, and Minor in History in addition to a Master’s in Education earned from TCU in 2007. Prior to assuming the chief role at FWMS in 2007, Tsianina was a progressive Elementary PE Teacher in Bloomingdale, Illinois, a 6th grade Math and Science Teacher in Lake Worth ISD, and a 6th Grade Math teacher at Trinity Valley School in Fort Worth, Texas. She is specialized in Montessori education from Infants, Early Childhood and Elementary Montessori training.


Tsianina was born in New York, New York and is a child of a military family.  She grew up in the suburbs of      Chicago, Illinois, where she graduated from Barrington High School. She moved to Texas in 1999 and married her husband, Mike, in 2002.  She is also the proud mother of 5 awesome children who have all graduated from Fort Worth Montessori School.

Tsianina taught mathematics in both private and public schools and found the earlier she reaches the child the greater potential and opportunities the children will have.  Because of the growth of her schools, her specialization in Montessori Education and inquires of teachers in the area to be trained in the Montessori Method, Ms. Tsianina determined to start a Montessori training of her own.  Center for Montessori Educators was opened for classes in January 2016 under my management, with me being the sole Owner, Director, Representative and Instructor.